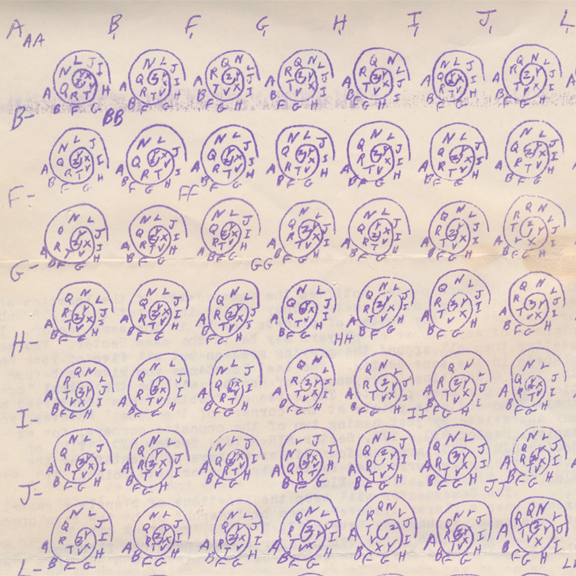 The history of computer games could produce new models of collaboration between academic and nonacademic researchers. In fact, the field already depends on the creative labor of thousands of people working outside of the traditional university setting. Whether they identify as fans, enthusiasts, hobbyists, practitioners, or critics, amateur game conservators and historians have been tremendously productive over the past few decades.1 Through countless hours of collecting, cataloging, digitizing, restoring, annotating, disassembling, reconstructing, porting, screen capping, translating, reverse engineering, and play testing, enthusiasts working in loose networks have created the kinds of archives that make dissertations possible.

The work of amateurs in game history rarely follows standard academic routine. Amateur game histories are characterized by a joyfulness in the cultivation of expertise and exchange of information. While some amateur game histories are highly organized, such as web publisher Kevin Savetz’s systematic production of more than four hundred interviews and oral histories related to the Atari 8-bit family of computers,2 many others are the result of momentary inspiration, such as a one-off Let’s Play video or abandoned blog. Still others combine a personal interest with a professional commitment, such as freelance writer Benj Edwards’s efforts to document and raise awareness of the contributions of Jerry Lawson (the sole Black attendee of early Homebrew Computer Club meetings) to home console gaming.3 As with Henry Jenkins’s hybrid figure of the “aca-fan,”4 the distinction between academic and nonacademic research is blurry: Jimmy Maher published his first book of computer gaming history, The Future Was Here, with the MIT Press but has since been self-publishing his work as a series of blog posts and ebooks.5 The bibliography of amateur game histories is long and winding.

The debut of ROMchip provides an occasion for critical scholars of game history to reflect on their relationship to this lively scene. When academics are mentioned by amateur historians, it is often for their absence, as in this remark by Josh Renaud on his archive of BBS software, “I believe eventually academia will give BBS door games the scrutiny and research they deserve. I hope [this site] will be helpful in those future endeavors.”6 Indeed, academia tends to move more slowly than other forms of historical research. While this mismatch can make collaboration difficult, it should also compel academic researchers to craft complementary research programs, drawing unexpected connections across populations, periods, and platforms. In Gaming the Iron Curtain, Jaroslav Švelch thanked “fan archivists” for preserving Czechoslovakia’s 1980s game software.7 Meanwhile, the slower temporality of Švelch’s research and writing provided a transnational context and a new audience for the work of his amateur interlocutors, positioning the Czech case as an essential narrative in the history of home computing.

Future game histories will continue to depend on the labor and ingenuity of enthusiasts. As such, scholars must reflect on the dynamics of power and prestige underpinning this relationship. Amateurs may love their work, but the stewardship of material history is a serious burden and the standard currency of academic exchange, the scholarly citation, is laughably illiquid outside of the university. It should come as no surprise, then, that Savetz, Edwards, and Maher have each experimented with crowdfunding to support their historical work. To form ethical research relationships, academic researchers must identify forms of compensation and recognition that carry value among amateurs.

But, of course, the question of power is not limited to issues of remuneration. The collective memory and preservation priorities that motivate amateur historical work are shaped by biases common to many technical cultures. In short, retrogaming is predominantly a hobby for adult men, often white, with the education, money, and time for leisure. The same personal identification with computer-games history that has sustained many amateur projects can become a source of conflict when the values and interests of retrogamers, collectors, and critical scholars do not align. In the worst cases, private collectors have been harangued as hoarders, and scholars have been subject to coordinated campaigns of harassment and abuse. Calling attention to gaps in amateur historiography and memory work is a necessary and risky endeavor for academic researchers. The training for students in games history must contend with these risks while also supporting junior scholars who seek to build collaborations with colleagues outside of the university.

Today, the combination of material, conceptual, and organizational challenges facing historians of computer games seems unique. But, as our cultural heritage is increasingly encoded by complex technical systems, these challenges will soon be shared by researchers across the academy. By pursuing new models of collaborative research now, critical game historians will take a leading role in defining how historical research is done for decades to come.